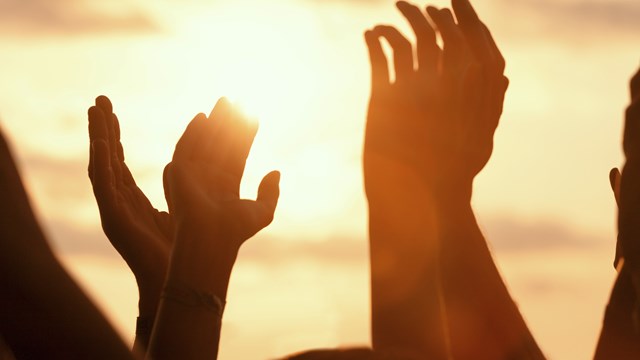 Religion is an organized system of beliefs, feelings, and actions that give its members a central object of devotion. It also involves codes of behavior and personal moral conduct. It also deals with spiritual forces and the supernatural. Read on to find out more about religion and its characteristics. Religion is a way of life. It is widely practiced across the world.

The origins of organized religion have been traced back to the Neolithic revolution, an evolution of human behavior that began approximately 11,000 years ago in the Near East and may have occurred independently in other parts of the world. The revolution resulted in a population explosion and rapid technological development, which in turn led to the rise of organized religion. Religious beliefs were developed as a social sanction and enabled human societies to form larger, more cooperative groups.

Various anthropologists have highlighted the importance of the mother goddess as an important aspect of human life and society. This is in contrast to the male sky gods that many cultures revere today. The Swiss anthropologist Johann Jakob Bachofen wrote a book called Das Mutterrecht, which sought to unravel puzzles from ancient mythology, art, and law.

The concept of religion has evolved over time, and various theories on it have been proposed. Some of these approaches use a single property as the minimal definition of religion, while others employ a set of defining features. Regardless of the method used, the basic question of what constitutes a religion is not always easy to answer.

In some cases, religion has a profound effect on the behavior of individuals. For example, it can encourage a particular behavior, and it can reinforce social norms. It can influence marital stability, economic outcomes, and mental health. In this article, we’ll examine some of the main characteristics of religion and how they affect society and economics.

Historically, religion has been an important force in society. It has forged social bonds and provided the justification for a collective purpose. Likewise, it has been a motivating force that motivates individuals to take action. Despite the many benefits of religion, some critics say it promotes social conflict and reinforces social inequality.

One of religion’s most important functions is the promotion of value consensus. Many legal systems are based on religious morals. In addition, religions serve as social order in times of change. For example, the civil rights movement of decades ago was made possible in part by religious beliefs. Black churches in the South were used for meetings and fundraising, and they acted as centers of power and influence for the civil rights movement.

Value of religion is an issue that confronts society in a number of ways. It may be a private concern, but the public sphere can be fraught with conflicts arising from religious beliefs. Religious organizations, for example, can be banned from college campuses, and regulations can constrain the conscience of health care workers. Public figures may be reluctant to speak out about their religious beliefs or values, and this is often a source of friction in our communities.

Historically, religion has been an important force in society. While it brings order and social conformity, it can also be dangerous when its tenets become too rigid or too extreme. In fact, religious institutions have been implicated in wars and oppression in the name of God. Despite these problems, religion still plays an important role in our lives. While it can suppress individuality and lead to conflict, it can promote peace, unity, harmony, and hope.